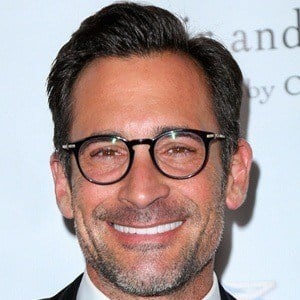 Lifestyle and fashion expert who has been seen for more than a decade as a correspondent on KTLA Morning News, Entertainment Tonight, and Live! with Kelly. He also hosted the series The Fashion Team and has scored small acting roles in shows like Days of Our Lives.

His career originally began in the early 1990s with small acting roles in television shows like Santa Barbara and Melrose Place.

In 2014, he released the style book 10 Commandments for a Perfect Wardrobe.

His mother's name was Doris. He has two brothers, one of whom is named Gregory.

He has made regular appearances on Home & Family alongside Mark Steines, Cristina Ferrare, and Debbie Matenopoulos.

Lawrence Zarian Is A Member Of