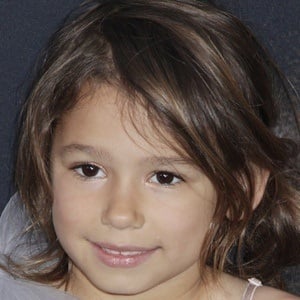 Child actress who landed the role of John Stamos' granddaughter in the FOX comedy series Grandfathered. She shares the role with her twin sister Emelia Golfieri.

She and her twin sister Emelia were discovered by a talent manager when they were six months old.

She and Emilia's first work was for a print advertisement.

She and Josh Peck are featured on the show Grandfathered.

Layla Golfieri Is A Member Of