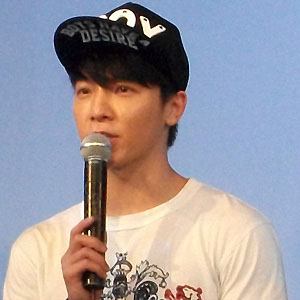 Became known as a member of the Korean boy band Super Junior and Super Junior-M. He has composed original music and has acted in television dramas. He has sung on hit singles like "Twins (Knock Out)." In 2015, he took a hiatus from music to enlist at the Nonsan Army Training Center.

He won the SM entertainment Youth Best Contest in 2001, earning him a contract and a rotating spot on Super Junior 05, then with ten total members.

He was on Super Junior's documentary, Mystery 6, which helped him a get part on the SBS drama It's Okay, Daddy's Girl and in the Taiwanese show Skip Beat!

He was born in Seoul, South Korea and was inspired to go into singing by his father, an aspiring singer himself.

Lee Donghae Is A Member Of