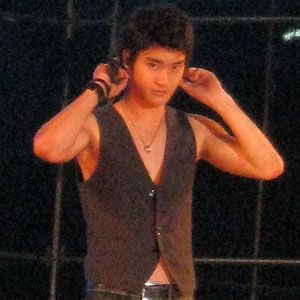 He was discovered by South Korea's SM Entertainment group at age sixteen.

He broke a social media record by being the first South Korean with more than three million Twitter followers.

He dated Indonesian singer Agnes Monica in 2012. He has a younger sister.

He performed alongside Shindong in the Super Junior.

Choi Siwon Is A Member Of