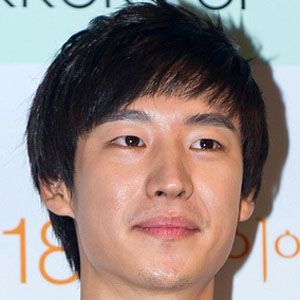 Known for his Grand Bell Award-winning role as Ki-tae in the 2010 film Bleak Night, this South Korean actor also gave acclaimed performances in The Front Line and Architecture 101. Additionally, he appeared on such television series as Fashion King and Three Sisters.

Before entering the Korea National University of the Arts, he briefly studied biotechnology at Korea University.

He costarred with Han Suk-kyu in the television series My Paparotti.

From 2012 until 2014, this native of South Korea carried out his compulsory military service with the Seoul Metropolitan Police Agency.

He appeared with Moon So-ri in the 2013 film An Ethics Lesson.

Lee Je-hoon Is A Member Of