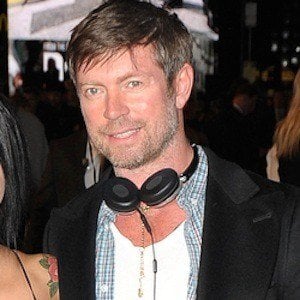 Award-winning celebrity hair stylist who was named Men's British Hairdresser of the Year 1997. He opened a couple of salons called The House That Hair Built and Geezers before launching his own hair-care product line in 2001.

He used to cut friends' and family's hair in the living room of his home. He attended The King John School.

He was featured on the show Secret Millionaire in 2011 and later appeared on Pointless Celebrities. He has won several Business Awards and Salon's Awards.

He married model and television personality Jessica-Jane Clement who he met on Celebrity Scissorhands.

He appeared on BBC's Celebrity Scissorhands where he trained pop star Steve Strange to cut hair, among other celebrities.

Lee Stafford Is A Member Of