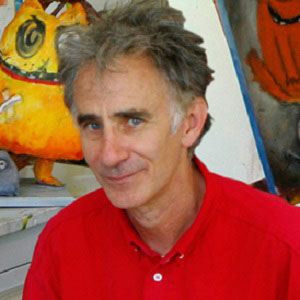 The author and illustrator of such popular, comedic children's books as Old Tom (1994), Horrible Harriet (2001), Fiona the Pig (2004), and Mr. Badger and the Big Surprise (2010), he is also notable for his work as a painter, printmaker, and ceramics artist.

After studying art at the Caulfield Institute of Technology, he worked as an amusement park artist at Luna Park in Sydney, Australia, and, later, as an art teacher.

His Prime Minister's Award-nominated children's book, Mr. Chicken Goes to Paris, was made into a theatrical piece by Australia's National Institute Of Dramatic Art (NIDA).

He spent his youth in Bairnsdale, Victoria, Australia.

He is a contemporary of fellow Australian children's writer and illustrator Alison Lester.

Leigh Hobbs Is A Member Of