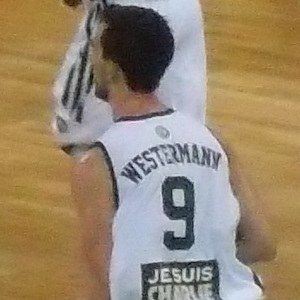 French international point guard who was a Basketball League of Serbia champion in 2013 and 2014. He joined Barcelona in 2014, but was then loaned to Limoges CSP.

He started playing professional basketball in 2008 when he joined third-tier French squad Centre Fed. He signed with ASVEL in 2010.

He's represented France at the U18, U20, and senior levels, winning a bronze medal at the 2015 EuroBasket.

He grew up in Haguenau, France.

He and Ali Traore have played together on Limoges CSP.

Leo Westermann Is A Member Of