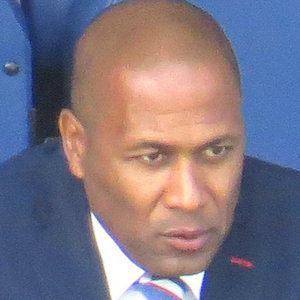 Former star of Newcastle United and the Queens Park Rangers who became the Tottenham Hotspur strikers coach in 2008.

Starting out in the non-league side, he was signed by the Queens Park Rangers in 1987, where he stayed for the better part of a decade.

For his contributions both in league play and internationally, he was awarded the Order of the British Empire in 2005.

His cousins Rio and both played in the Premier League, and his son Aaron played for Harrow Borough in the Isthmian League.

He became an assistant under manager Andre Villas-Boas for Tottenham, when Villas-Boas was hired in 2012.

Les Ferdinand Is A Member Of