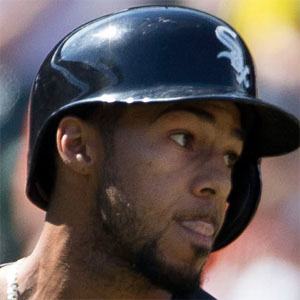 Switch hitter who has played for teams like the Texas Rangers and Chicago White Sox during his major league career. He won a gold medal representing the Dominican Republic at the 2013 World Baseball Classic.

He was originally signed as an international free agent by the Rangers in 2007 and made his major league debut with the team in 2013.

He was named Carolina League Player of the Month for June 2011 during his time with the Myrtle Beach Pelicans.

He was teammates with Alfredo Simon on the Dominican team which won the World Baseball Classic in 2013.

Leury García Is A Member Of