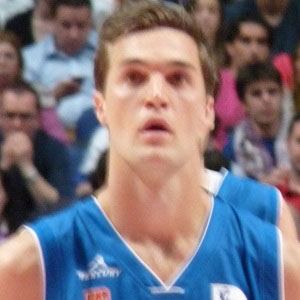 Canadian basketball player best known for his time with Greek teams like Panionios BC and Spanish teams like CB Gran Canaria. He was originally drafted out of the University of Pittsburgh in 2007.

He won three straight provincial championships with the Kitsilano Blue Demons as a high school player.

He won a bronze medal as a member of the Canadian national team at the FIBA Under-21 World Championship in 2005.

He has been teammates on the Canadian national team with Cory Joseph.

Levon Kendall Is A Member Of