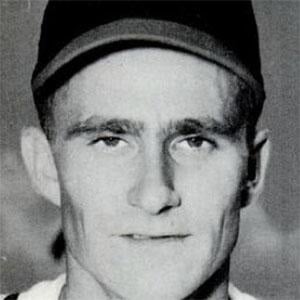 He teamed with left-hander Warren Spahn to form a powerful pitching tandem for the Boston and Milwaukee Braves.

He was signed by the New York Yankees but was traded to the Boston Braves after making only two relief appearances.

On May 26, 1959, he defeated the Pittsburgh Pirates after Harvey Haddix pitched a perfect game for 12 innings.

He had three children with his wife Mary Ann.

He threw two shutouts in the 1957 World Series, becoming the first pitcher to accomplish the feat since Christy Mathewson.

Lew Burdette Is A Member Of