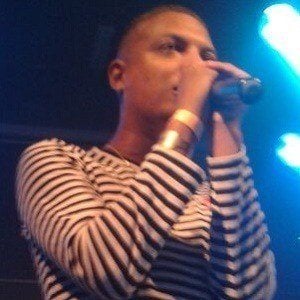 Dutch singer and producer best known as a member of the hip-hop collective Lefensmannen.

He started producing beats at the age of thirteen and studied at the Popacademie after finishing secondary school.

On November 14, 2014 Plasschaert released his debut album, Nacht Is Nog Jong, Net Als Wij Voor Altijd, which roughly translates to "The Night Is Still Young, As We Are Forever."

He is half-Surinamese on his mother's side, and his parents divorced when he was three years old. His father Edo also worked as a producer. He and DJ Wef welcomed a daughter named Nori in December 2018.

Like Mr Probz, he is a Dutch recording artist.

Ronnie Flex Is A Member Of