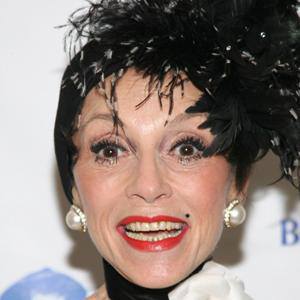 French stage and screen actress who received a Tony Award and a Drama Desk Award for her performance in Nine, a 1982 Broadway musical.

Prior to becoming an actress, she had a career as a ballerina.

She appeared in such films as The Glass Slipper, The Sad Sack, and King Creole.

Her mother was a designer and her father was a painter.

She appeared with Jerry Lewis in the 1957 film The Sad Sack.

Liliane Montevecchi Is A Member Of