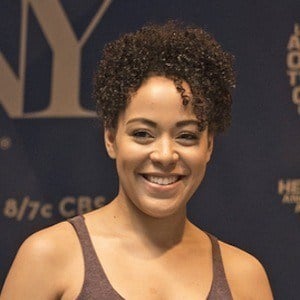 Broadway musical star who got her start in the original Broadway cast of Spring Awakening as Martha. She later performed as Elphaba in the Australian tour of Wicked and joined the cast of SpongeBob SquarePants, The Broadway Musical in 2017.

She attended LaGuardia High School of Music & Art and Performing Arts before making her Broadway debut in Spring Awakening in 2006.

She created the Glamour.com web series "It's Not Okay, Cupid."

Her father is renowned stage actor Chuck Cooper. She has two siblings, Alex and Eddie, the latter of whom is also a performer.

She was a part of the original Broadway cast of Spring Awakening alongside Lea Michele and Jonathan Groff.

Lilli Cooper Is A Member Of