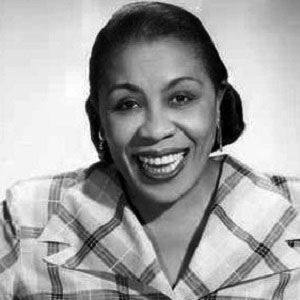 Remembered for her portrayal of Birdie Lee Coggins in the radio, television, and movie versions of The Great Gildersleeve, she is also recognized for her guest spots on The Amos 'n Andy Show, Sanford and Son, and Nashville 99.

Early in her entertainment career, she performed as a singer on several Detroit, Cleveland, and Los Angeles radio stations. After appearing in a handful of short films, she made her feature film debut in the 1938 crime movie Life Goes On.

Two years before her death, she shared the screen with Ann Margret in a horror movie titled Magic.

The child of a teacher and a minister and the younger sibling of fellow actress Amanda Randolph, Lillian Randolph (born Castello Randolph) spent her early years in Tennessee, Ohio, and Michigan. She was married several times and had an actress daughter named Barbara.

She played Bill Cosby's character's mother in a 1969 episode of The Bill Cosby Show.

Lillian Randolph Is A Member Of