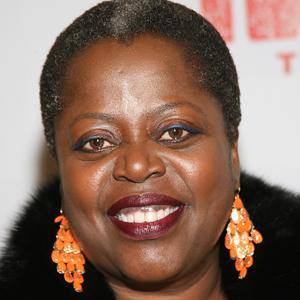 Stage and screen actress who earned both a Tony Award and a Drama Desk Award for her role as Sonia in the 1997 Broadway musical The Life.

In 1981, she made her debut on the Broadway stage in the musical Barnum.

She appeared in Pieces of April, a 2003 film that also featured Sean Hayes.

Lillias White Is A Member Of