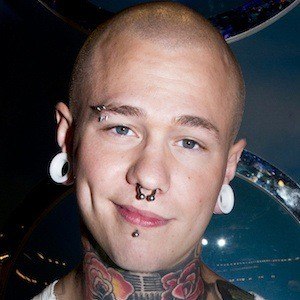 Swedish singer known for his facial piercings and litany of tattoos who became famous for his 2014 single "Bröder." He released "Forever Starts Today" a year later.

He first rose to prominence while competing in 2014's Melodifestivalen. Although he finished in fifth place, his performances helped "Bröder" peak at number three on the charts.

He also has a following on social media, including a YouTube channel with more than 40,000 subscribers where he uploads covers songs.

He grew up in Bara, Sweden.

Linus Svenning Is A Member Of