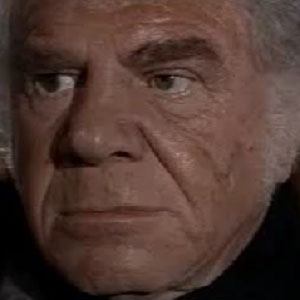 Remembered for his character roles in such 1930s films as Meet Nero Wolfe, A Star Is Born, and Mr. Deeds Goes to Town, he is also notable for his radio acting work, which includes performances on the Lux Radio Theater show and the Eddie Cantor Show.

After briefly attending the University of North Carolina at Chapel Hill, he appeared in a 1928 theatrical production at the Provincetown Playhouse and went on to make his cinematic debut in the 1932 Roscoe Arbuckle film In the Dough.

A staunch liberal and labor unionist, he helped establish the Screen Actors Guild and was later investigated and ultimately blacklisted by the infamous House Un-American Activities Committee (HUAC).

The son of Russian Jews, he spent his youth in The Bronx, New York City. Over the course of his six marriages -- to Lucy Dietz, Alice Twitchell, Vehanne Monteagle, Diana Kadlec, Maria Penn, and Stephanie Van Hennick -- he had six children.

He appeared with Harold Lang in 1952-1953 Broadway production of the musical Pal Joey.

Lionel Stander Is A Member Of