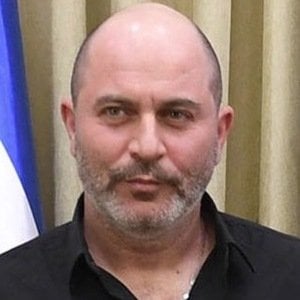 Israeli actor and screenwriter who's best known for creating the 2015 TV series Fauda in which he starred as Doron Kavillio. He appeared in the 2018 biblical drama film Mary Magdalene and portrayed Isser Harel in the 2018 film Operation Finale.

He enlisted in the Israel Defense Forces after graduating high school. He worked as Arnold Schwarzenegger's bodyguard when he moved to the United States in 1993.

He studied at Nissan Nativ Drama school in Tel Aviv.

He has three children with his wife Meital Barda.

He starred alongside Oscar Isaac and Joe Alwyn in the film Operation Finale.

Lior Raz Is A Member Of