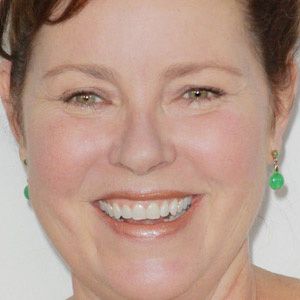 Award-winning actress who became famous for her role in the 1998 film Gods and Monsters.

She gained recognition in the series Profit, where she played a secretary.

She starred in the ABC teen drama series Life as We Know It, where she played D. B. Sweeney's mother, Annie.

She was a guest star in The Office, which starred Steve Carell.

Lisa Darr Is A Member Of