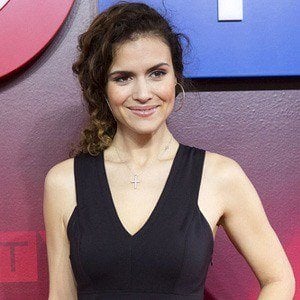 Former model of ten years who is most notable for her role as Charlie Marks in the series The Listener. She has appeared in films that include King's Ransom and Diary of a Mad Black Woman.

She started her modeling career at the age of twelve before turning to acting where she debuted in a 2002 episode of Soul Food as the character Bianca.

She had recurring roles in the series Kevin Hill as Evelyn Cruz, Da Kink in My Hair as Nikki, and Flashpoint as Sally LaFlamme.

She was born in Toronto, Ontario, Canada and has Portuguese origins in her last name.

She appeared in a 2010 episode of Bones as a Bounty Hunter named Janet LeBlanc, which starred Emily Deschanel.

Lisa Marcos Is A Member Of