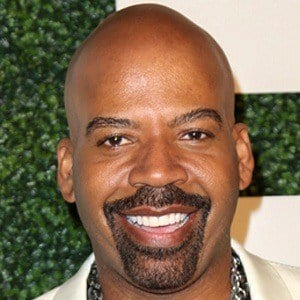 American television show host and personality who is recognized for his work on CBS' The Insider. He is also known for having been a style expert on The Wendy Williams Show.

He made his television debut on Style Presents New York Fashion Week in 2003.

He worked as the VP of art direction for Tommy Hilfiger.

He is originally from New Jersey.

Both he and Debbie Matenopoulos were hosts of The Insider.

Lloyd Boston Is A Member Of