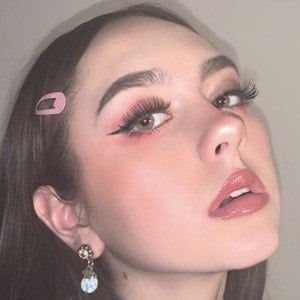 TikTok star who is best recognized for her comedy skits, her duets, and her cosplay videos where she dresses as Snow White. She also shares effect makeup designs with her over 2 million TikTok fans.

She first started sharing videos through her TikTok in June of 2019. She started going viral in August after a POV skit she shared earned over 250 thousand views.

She has cosplayed as characters from several popular films including Frozen and Joker. She has had professional musical theatre training.

She featured both her mother and grandmother in a TikTok that she posted in June of 2019.

She shared a Duet with fellow TikTok star Noen Eubanks through her account in August of 2019.

Lois Mia Chapman Is A Member Of