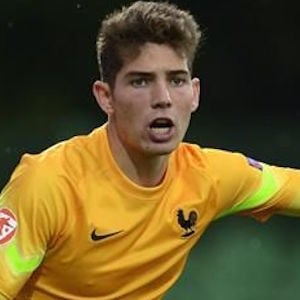 French soccer player who has played goal-keeper for Real Madrid U19. He has competed in the UEFA Youth League championship.

He received a red card in a match against Atletico Madrid in November 2015.

He has been a member of Real Madrid, a team that has been lead by Cristiano Ronaldo.

Luca Zidane Is A Member Of