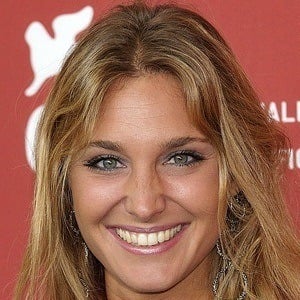 Italian television actress, presenter, and radio host recognized for her recurring role in Mistero and for her role as Lydia in the 2006 feature film Il mercante di pietre.

She first made her screen debut in 2000's La fabbrica del vapore.

In 2007, she began appearing regularly on the series Buona la prima!

She and Andrea Romiti have two children, Cleo and Diego.

She joined Caterina Murino in the cast of the 2008 comedy film Il seme della discordia.

Lucilla Agosti Is A Member Of