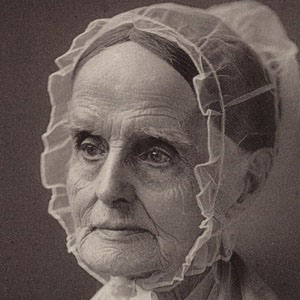 Remembered for founding the American Anti-Slavery Society and for helping to organize the famous women's rights event known as the Seneca Falls Convention. She played a key role at the World's Anti-Slavery Convention of 1840 and served as the American Equal Rights Association's first president.

In her early adulthood, she taught at the Nine Partners School in New York and went on to become a Quaker minister.

She and several of her Quaker contemporaries established Pennsylvania's Swarthmore College.

Her marriage to fellow Quaker and abolitionist James Mott produced five surviving children, all of whom became social activists.

She was a contemporary and colleague of fellow women's rights activists and abolitionists Susan B. Anthony and Elizabeth Cady Stanton.

Lucretia Mott Is A Member Of