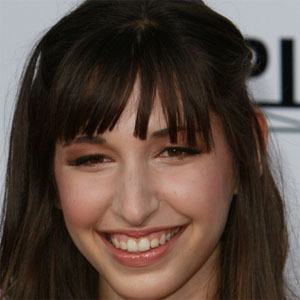 American singer best known to her musical contributions to films like Shrek Forever After, The Twilight Saga: Breaking Dawn, and What Maise Knew.

She dropped out after one semester at Occidental College to pursue music.

She performed Mr. F and For British Eyes Only in a fake British accent for the comedy series Arrested Development.

Her father is composer David Schwartz.

Lucy Schwartz Is A Member Of