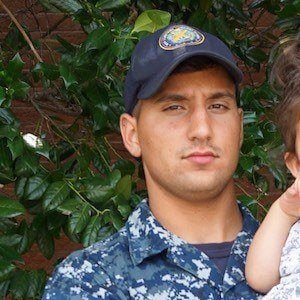 Gained fame alongside his wife, Bramty Juliette, on her self-titled YouTube channel. His Instagram has earned more than 300,000 followers through a collection of short fitness and exercise videos.

He made his debut on the channel in the May 2016 video "TEEN PARENTS Q&A."

He began serving in the Navy in September of 2014.

He was born in Mexico but he is of Cuban descent. He and Bramty have a daughter named Penelope Juliette and later welcomed twins, Balcom and Levy in November of 2018.

Luis Espina Is A Member Of