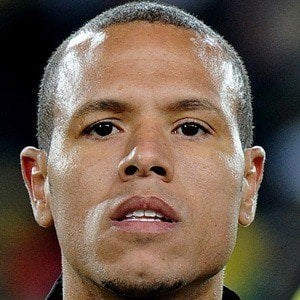 Striker who starred for Sevilla from 2005 to 2011, scoring 72 goals in 149 appearances, before joining Sao Paulo for his second stint with the team. He became a member of the Brazilian national team in 2003.

He began his professional career with Ponte Preta at age 18.

He won the Copa America 2004 title and 2009 FIFA Confederations Cup while playing for Brazil's national team.

He had three children, Giovanna, Gabriella, and Giulie, with his wife Juliana Clemente.

He joined Kaka on Brazil's national team in 2003.

Luis Fabiano Is A Member Of