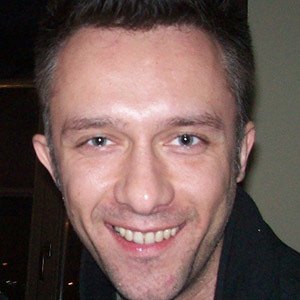 Polish actor who is known for his roles in television, film, and theater. He is best recognized for having played the recurring role of Artur Kulczycki on the series Pierwsza Milosc. He is also known for having starred in the series' 2XL, Pensjonat Pod Roza, and Swiat Wedlug Kiepskich.

His acting career started in 1999. Beginning with theater, he performed in several plays including Journey to the Interior of the Room and Bachelor Party. His television debut came in 2003 when he starred in an episode of Teatr Telewizji.

He is also known for having competed in the 2007 reality series How They Sing.

He married Emilia Oleksiak in May of 2008 and together they had a son named Mikolaj in January of 2011.

She starred alongside Aneta Zajac and Aleksandra Zienkiewicz in the 2004 television series Pierwsza Milosc.

Lukasz Ploszajski Is A Member Of