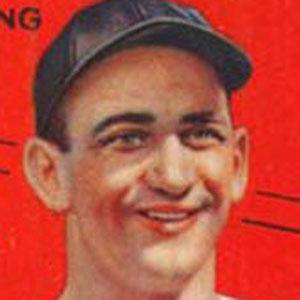 He signed to play in the pros after his sophomore year in high school.

He frequently complained about minor ailments, which led to his nickname "Old Aches and Pains."

He had two daughters with Faye Dodd, whom he married in 1932.

At an old-timers game in 1982, he hit a towering home run off Warren Spahn.

Luke Appling Is A Member Of