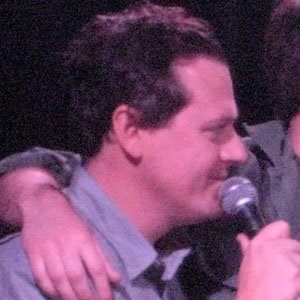 Known for hosting several Oregon and Washington-based radio programs and podcasts, this on-air personality is perhaps most famous as the presenter of Live Wire Radio in Portland and Too Beautiful to Live in Seattle. He also hosted two KIRO-FM Seattle programs: The Luke Burbank Show and Ross and Burbank.

Early in his career, he contributed to several National Public Radio (NPR) programs, including Morning Edition and All Things Considered.

He contributed to a 2001 edition of This American Life.

A native of Eureka, California, he later lived in Portland, Oregon; Los Angles, California; and Seattle, Washington. He and his wife, Carey, raised a daughter named Adelaide.

He served as the temporary replacement for Wait Wait. . . Don't Tell Me! host Peter Sagal .

Luke Burbank Is A Member Of