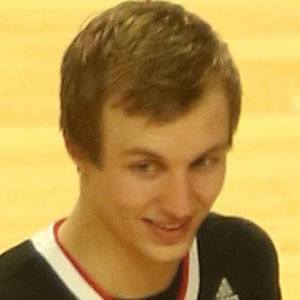 Shooting guard who played two seasons at Duke University before declaring for the NBA. He was selected 12th overall in the 2017 NBA Draft by the Detroit Pistons.

He won the Associated Press Ohio Mr. Basketball award in 2014, when he was just a junior. In his senior year, he was crowned Parade National Player of the Year 2015.

His social media accounts often bear bible verses. He was the Ohio Gatorade Basketball Player of the Year in 2014 and 2015.

His parents are Mark and Jennifer Kennard. He has an older sister, Lauren. He dated Savannah Chrisley in 2017.

Luke Kennard Is A Member Of