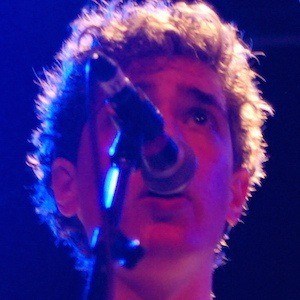 Singer and guitarist best known as the frontman of Canadian indie rock band Born Ruffians. Born Ruffians has released almost half a dozen studio albums and toured with acts like Franz Ferdinand and Tokio Police Club. He also released his own solo album RHYTHMNALS to iTunes in 2013.

He and Born Ruffians moved from Midland, Ontario to Toronto in 2004 and began performing locally. Shortly after they were signed to Warp Records and by 2006 had released their debut self-titled EP.

As well as being a talented musician, he is an illustrator and has used much of his artwork as album art and posters for Born Ruffians.

He was born and raised in Midland, Ontario. He later moved to Toronto.

He and Born Ruffians have performed in web series' and shows like Skins, a show starring actors like Kaya Scodelario and Nicholas Hoult.

Luke Lalonde Is A Member Of