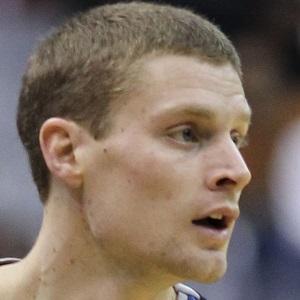 NBA point guard best known for his five seasons on the Seattle SuperSonics from 2003 to 2008.

He played 3 years of college basketball at Oregon.

He was selected 14th overall in the 2003 NBA Draft, a legendary draft that featured LeBron James, Dwyane Wade, and Carmelo Anthony.

He is the son of Rob Ridnour, who coached basketball at the high school level as well as in the International Basketball League.

He played in the SuperSonics backcourt with sharp-shooter Ray Allen from 2003 to 2007.

Luke Ridnour Is A Member Of