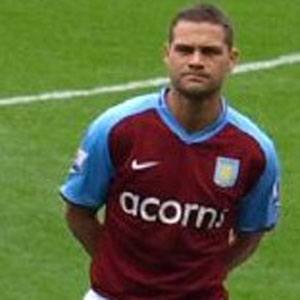 Full back who joined the Queens Park Rangers in 2011, after three seasons with Aston Villa.

He made his senior squad debut with the Tottenham Hotspur in 1997, at age 18.

He was named the Charlton Athletic Fans' Player of the Year in 2005.

He was raised with three brothers, Neil, Andre, and Jake.

He was teammates with Steven Gerrard on England's national team from 2005 to 2009.

Luke Young Is A Member Of