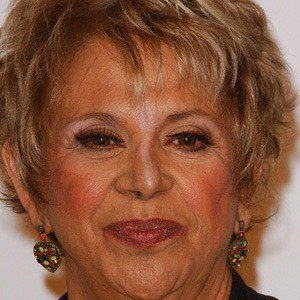 She became known for her role as Yolanda Saldivar in the 1997 film Selena and received an Emmy Award nomination for her acting on the popular television show Desperate Housewives.

She received a Bachelor's Degree in social work from Texas Woman's University.

She played the character Rosalita in the 1985 cult classic The Goonies.

She was married to Elías Ontiveros from 1966 until her death in 2012, and they had three children.

She co-starred with Jennifer Lopez in a film about the life and tragic death of singer Selena.

The Goonies
Selena
This Christmas
More