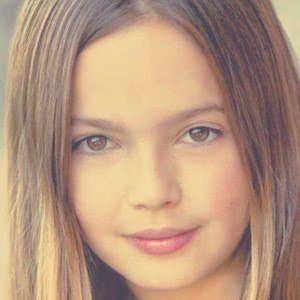 Actress and model notable for her roles as Molly on Nickelodeon's Nicky, Ricky, Dicky & Dawn and Annie in ABC's When We Rise. In 2014, she was cast in a film called Acts of God.

She fell into acting after starring in a local television commercial for her father's car dealership.

She has done brand work in both commercial and print form for companies including Honey Bunches of Oats, Build a Bear, Stride Rite, Famous Footwear, American Girl and more.

She was born the fourth of five siblings in Hannibal, Missouri to parents Lynn and Bobby.

She appeared in the film Good Kids starring Zoey Deutch.

Lydia Boland Is A Member Of