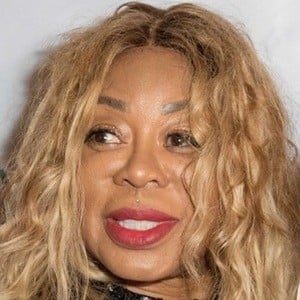 Singer turned reality star who rose to prominence when her daughter Lyrica Anderson got cast on Love & Hip Hop: Hollywood. She had a long career as a singer herself and even fronted a platinum-selling girl group called Undisputed Truth.

She started her career at age 12 after getting discovered by Ike and Tina Turner.

She also worked as an actress touring for two years with a production of The Wiz.

She was born in Dallas, Texas and raised by a Pentacostal pastor. Her son-in-law is Floyd Bentley.

Lyrica Garrett Is A Member Of