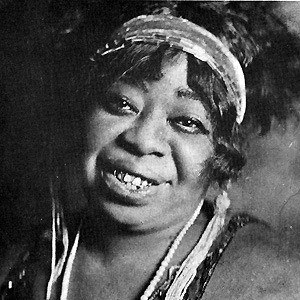 Singer known as Mother of the Blues who was among the first singers to infuse folk blues music into her performances. She recorded more than one hundred songs over the course of her career, including "See See Rider." She was portrayed by Viola Davis in the 2020 film Ma Rainey's Black Bottom.

She began her singing career at the Springer Opera House at the turn of the twentieth century. She and her husband later toured around the American South performing in tent shows and cabarets.

Her works were distinguished for their simplicity and lack of adornment. She was known for performing the songs of hardship and struggle of African Americans.

Before her fame, she and her husband William Rainey, a vaudeville performer known as Pa Rainey, traveled together in a song-and-dance act.

Ma Rainey Is A Member Of