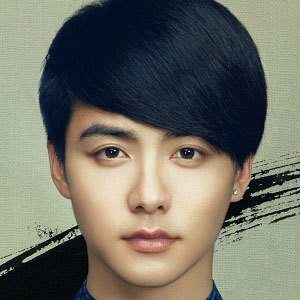 After rising to prominence as a finalist on the 2006 edition of the Chinese reality talent show My Hero, he released Mandopop albums titled Beautiful Lights and The World's Dream. Also an actor, he became a series regular on Xuan-Yuan Sword: Scar Of Sky, Young Sherlock, and several other Chinese television series.

Before auditioning for My Hero, he worked a number of odd jobs and applied to the Beijing Film Academy.

He is also known by the stage name of Ray Ma.

Born in Dezhou, Shandong, China, he lost his mother at a young age and was raised primarily by his sisters and grandparents.

In 2013, he and Taiwanese actress Ruby Lin both joined the cast of the Chinese drama series Singing All Along.

Ma Tianyu Is A Member Of