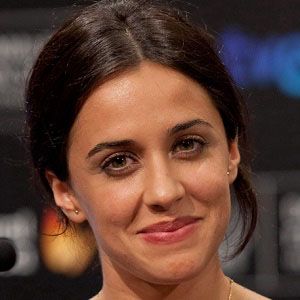 Famous for her roles in Spanish television series such as The Boarding School and Central Hospital. She is also notable for her Goya Award-winning performance in the 2012 feature film Blancanieves. She starred in the film Despite Everything in 2019.

Before beginning her acting career, she trained as an artistic gymnast; performed at the Theatre of Madrid; and entered the Autonomous University of Madrid as a psychology major.

Her performance in a 2013 stage production of the musical La Llamada (The Call) earned her the prestigious Premios Fotogramas de Plata. She played the character Consuelo Muñoz in the TV drama Amar en Tiempos Revueltos from 2010 to 2012.

Her full name is Macarena García de la Camacha Gutiérrez-Ambrossi. Born and raised in Madrid, Spain, she is the sister of fellow actor Javier Ambrossi. Her father is Javier García Camacha.

She is a contemporary of fellow Spanish actress Alba Rico.

Macarena García Is A Member Of