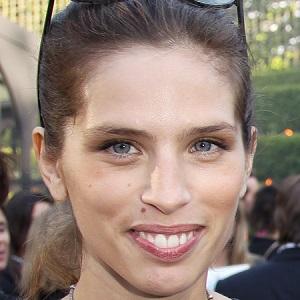 During her teenage years, she acted in the 1983 film L'été meurtrier (English title: One Deadly Summer).

She wrote and performed two solo theatrical pieces based on her experiences as a child actress: I'm an Actress and Le Pois Chiche.

At the age of sixteen, she married producer and director and gave birth to her first child, Shanna. Following her 1997 divorce from Besson, she married Jean-Yves Le Fur and welcomed a son named Diego.

She appeared in her then-husband's film, The Fifth Element, alongside her husband's future wife, Milla Jovovich.

Maiwenn Is A Member Of