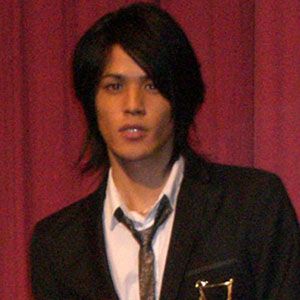 Japanese-born vocalist and voice actor known for his work on such series as Vampire Knight and Soul Eater. He was the winner of the 2008 Best Voice Actor award at the Tokyo International Anime Fair.

He started acting in 1990 and voiced the character of Riku in the PlayStation 2 video game Kingdom Hearts.

He and Yamadera Koichi both had careers as voice actors.

Mamoru Miyano Is A Member Of