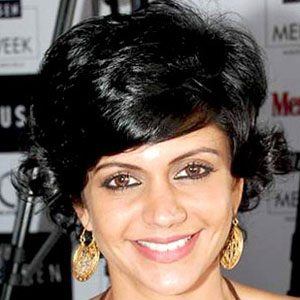 After rising to fame for her starring role in the Indian soap opera Shanti, Bedi appeared in television series such as Kyunki Saas Bhi Kabhi Bahu Thi and Aurat and also hosted several sports and entertainment-themed broadcasts.

After earning her undergraduate degree in economics from St. Xaviers College, Mumbai, she entered the media studies graduate program at Sophia Polytechnic University.

A fashion designer as well as an actress and television personality, she created a 2014 collection called Saree.

Her marriage to director and producer Raj Kaushal resulted in a son named Vir.

Mandira Bedi Is A Member Of