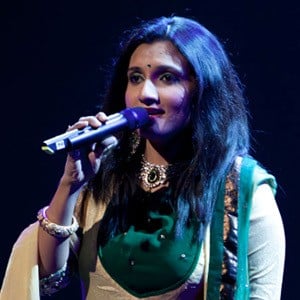 Most Popular#177250
Born in Thiruvananthapuram, India#8

Indian vocalist who skyrocketed to fame after winning the Kerala State Film Award for Best Playback Singer in 2004. She received additional acclaim for her performances in the films Achuvinte Amma, Rasathanthram and Urumi.

She made her first stage appearance with the rock band Shiva in 8th grade.

She won the Sahir and Adeeb International Award for her contribution to Urdu language in 2016.

Her father's name is Babu and she has a younger sister named Madhuri.

She recorded her debut album at age 13 with musician KJ Yesudas.

Most Popular#177250
Born in Thiruvananthapuram, India#8

Manjari Is A Member Of