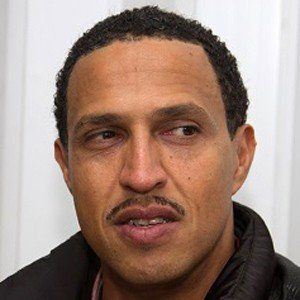 Brazilian rapper and singer best known as a member of the acclaimed rap group Racionais MC's. He and the group are famous for songs like "Jesus Chorou," "Diário de um Detento" and "Homem na Estrada."

He grew up in the Capão Redondo neighborhood of South São Paulo, Brazil.

He made Rolling Stone's 2008 list of the 100 Greatest Brazilian Music Artists, coming it at 28th.

He has children named Jorge and Domênica.

He recorded the song "Benny & Brown" with singer Naldo Benny.

Mano Brown Is A Member Of