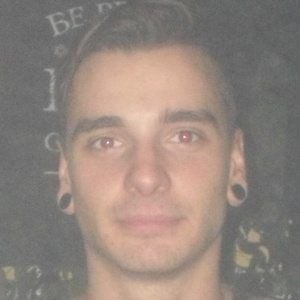 Vocalist known for being a founding member and lead singer of the band Dream On, Dreamer, for whom he writes the majority of song lyrics.

He first started playing with the band State of East London in 2006. He founded Dream On, Dreamer in 2009.

He has a degree in graphic design. Dream On, Dreamer's albums Heartbound, Loveless, and Songs of Solitude were all top 40 hits in Australia.

He grew up in Berlin, Germany, but has established his musical career in Australia.

He's played with Joel Quartuccio and his band Being as an Ocean.

Marcel Gadacz Is A Member Of