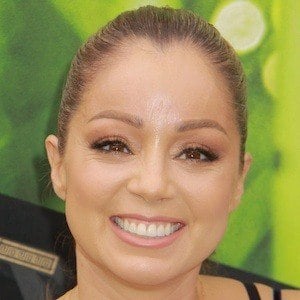 American chef and television personality who is known for hosting Mexican Made Easy for five seasons and The Kitchen on the Food Network. She is also the author of the cook book, Fresh Mexico: 100 Simple Recipes for True Mexican Flavor, published in 2009.

She first worked at her aunt's cooking school in Mexico, then attended the Los Angeles Culinary Institute and Ritz Escoffier Cooking School in Paris.

She was selected to be a judge on the reality show The American Baking Competition.

She appeared as a judge on the show Throwdown! With Bobby Flay.

Marcela Valladolid Is A Member Of